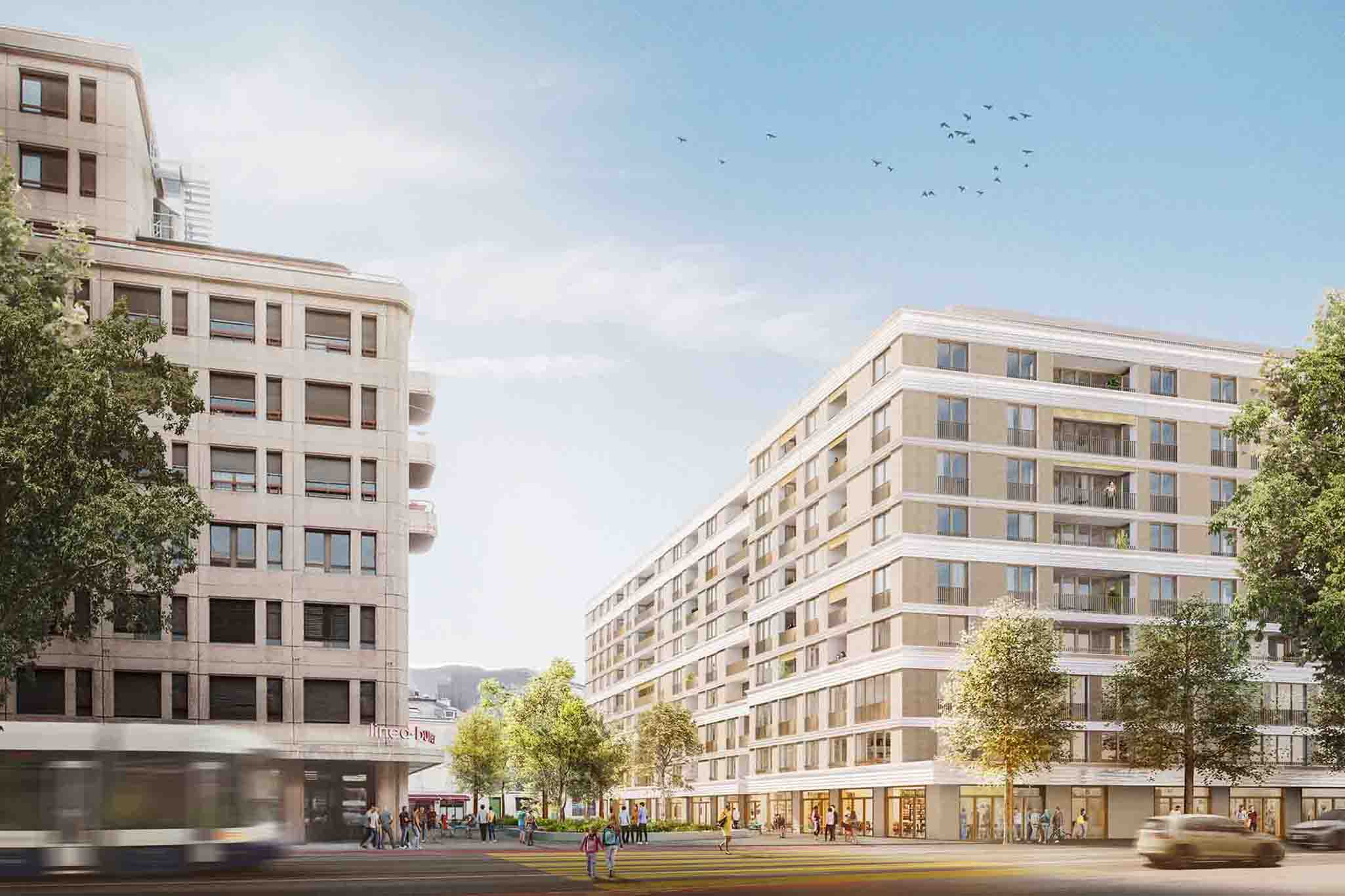 Genève, 10.2020
The proposal by the team Magizan + CCHE architects and Losinger Marazzi as general contractor has been awarded the first prize of the invited competition for a housing project in Les Acacias, Genève. xmade GmbH was in charge of developing the stoneware facade during the two phases of the competition.